A significant number of IFA tales were published.  A part is included in academic works, each tale followed by scientific annotations.  Some were retold and targeted to a larger public including children.

Most of these publications are in Hebrew, but some are in other languages: English, Arabic, German, French, Russian and Spanish. 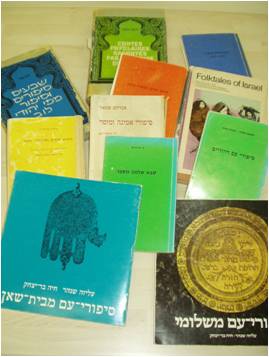